PROFILE--Don Ardell has been running for 41 years, and practically invented the Wellness movement 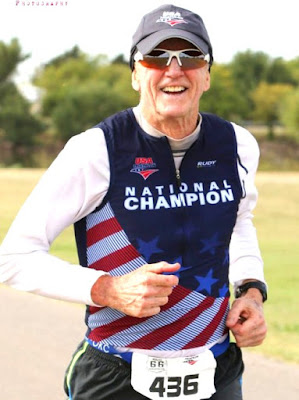 The New York Times's immensely popular personal-health section is called "Well." That name and the entire wellness movement owes much of its existence to Don Ardell, profiled below. Though little known among today's runners, Ardell, 80, has been competing at a national-class level for four decades, even after moving primarily to the triathlon and duathlon worlds. Meanwhile, he has kept publishing books and wellness newsletters to keep everyone up to date on the latest on whole-body-and-spirit health.

Career or profession? My initial career was urban planning in 1965, followed by several years as a health planner. In 1973, I began developing and promoting the wellness concept. After 25 years, I modified the concept in 1998 to REAL wellness, which is an acronym for a science-based approach to

RESEARCH--Cut your risk of early death by 35 percent. 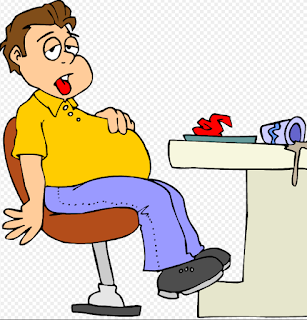 A new medical study of 8,000 middle-aged and older adults found that replacing a half-hour of sitting with 30 minutes of vigorous exercise cuts the risk of early death by about 35 percent. If the exercise is light, the risk reduction is only 17 percent.

Still, any movement is better than none in a world where so many of us sit so long, at times continuously. It's particularly important to break up continuous sitting. The study authors, from Columbia University, had previously found that moving about for 1-2 minutes every half-hour helps.

So, set a timer at 30-minutes to remind yourself. Then walk up and down the stairs a bit, and do some squats and push-ups. Or whatever.

The study subjects had an average age of 45, and wore activity monitors to record their sitting and movement patterns. The paper was published in the American Journal of Epidemiology with the title, "Potential Effects of Replacing Sedentary Time With Short Sedentary Bouts or Physical Activity on Mortality: A National Cohort Study."
Link to press release
Link to scientific abstract

Email ThisBlogThis!Share to TwitterShare to FacebookShare to Pinterest
Labels: research

PROFILE--Debbie Voiles has been running for 41 years 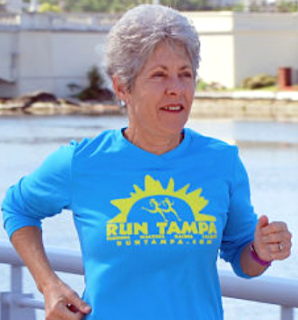 Coach Debbie Voiles is an astute organizer and a passionate runner. She combined the two, and in 2010 formed the Run Tampa running club for all ages and abilities. Members range in age from 21 to 86, with 70% female.  “My goal is to make the members happy,” says Voiles, 65. “The people working up to running their first non-stop mile are just as valuable and welcome as the ones who win races. Sometimes, when I’m with my runners, seeing their excitement, I feel like my heart will burst with happiness.”

Voiles passion for her coaching and her nurturing style can be seen in the documentary film, The Human Race, by Liz Vassey. (Theme: "You're never too old to start. We hope to have more info soon.)

When did you start running and why? October of 1977. I was struggling to lose the weight I had gained when pregnant with my daughter Wendy. Thirty years later, she has become my best running buddy.

Did you have an early inspiration or person who motivated you? My brother was my inspiration. He was one of the earliest Ironman Triathletes, doing Ironman Hawaii in the early 80s.

How much did you run per week in your peak years? Now? When I was teaching and raising my kids, I was lucky to get in 20, but I never stopped running. Now, I get in