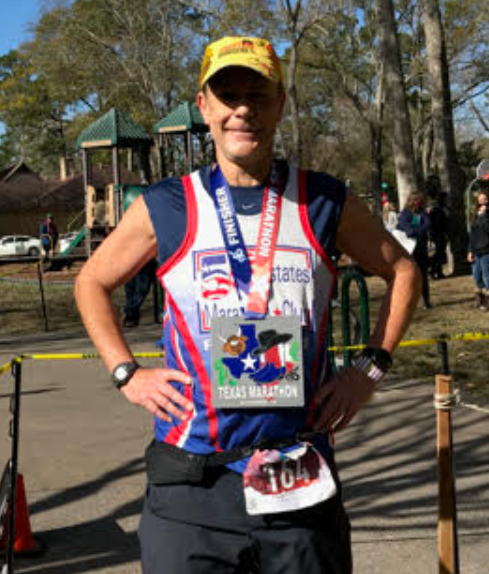 (Jan. 2021) LifetimeRunning first profiled Tom Perri in 2018--a few months before he received a cancer diagnosis. (See this page.) At that time he was averaging 40 marathons a year and was a four-time finisher of the Fifty-States Club. He’s now working on his sixth go-round as a Fifty State finisher and just finished his 536th marathon on New Year’s Day 2021. Perri still paces marathons when he can find one, and is still thrilled to bring first-time marathoners across their finish line. Now 59, Perri is looking forward to a new age division in April of 2021.

How did you find out you had cancer? I had a complete physical on 12/21/18, and was told that my PSA was well outside the normal range, which was a strong indication that I probably had an aggressive form of prostate cancer. This was confirmed by the prostate biopsy. At that time it appeared