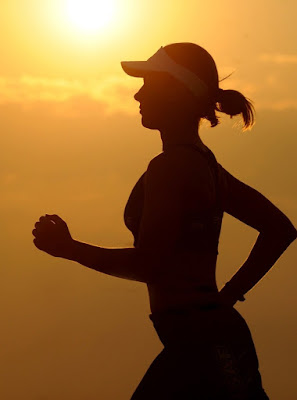 Many studies show that exercise helps to prevent heart attacks, and it may do so by changing the bacteria in your colon. A recent study from Finland shows that exercising for just six weeks, without any additional change in diet or lifestyle, can increase healthful anti-inflammatory bacteria (Akkermansia) and reduce harmful inflammation-promoting Proteobacteria in your colon (Front Microbiol, October 3, 2018).

In this study, 17 sedentary and overweight women started a heart-rate-regulated exercise program on stationary bicycles for three training sessions per week. After six weeks, stool cultures showed healthful colon bacteria changes, even though the subjects did not lose any weight. There was also a significant reduction in phospholipids and cholesterol in VLDL cholesterol, which is believed to help prevent heart attacks because VLDL cholesterol is converted into the harmful LDL cholesterol that helps to form plaques in your arteries. Exercise also decreased Vascular Adhesion Protein-1, a measure of inflammation that causes plaques to form in arteries and break off to cause heart attacks.

Exercise Promotes Good Gut Bacteria
Two previous studies, one in
humans and one in mice, also show that exercise alone leads to beneficial changes of colon bacteria. In the human study, researchers had 18 lean and 14 obese subjects exercise for 30 to 60 minutes, three days per week for six weeks (Med & Sci in Sports & Ex, Nov 11, 2017). Then they were told not to exercise for six weeks. All subjects were told not to change their diets.

In the mouse study, researchers took fecal material from groups of exercising mice and non-exercising mice and transplanted it into the colons of bacteria-free mice (Gut Microbes, published online Sep 1, 2017). The bacteria-free mice developed the same types of colon bacteria that they received from each donor group. Fecal samples taken from exercising mice gave the recipient mice much higher levels of the beneficial bacteria that produce high levels of short chain fatty acids (butyrate) that are anti-inflammatory and help to lower cholesterol. Then the researchers gave the recipient mice chemicals that cause inflammation, which damaged their colons to cause colitis. The mice that had received bacteria from the exercising mice had far less inflammation, far less colon damage and much quicker recovery times than the mice who had received bacteria from the sedentary mice.

Importance of Colon Bacteria
More than 100 trillion microorganisms live in your body (FEMS Microbiol Rev, 2014;38:996-1047), which means that only about ten percent of the total number of cells in your body are human cells, while the rest are symbiotic bacterial cells (Nature, Jun 17, 2010;465(7300):879-80). Over the last few years, a very large number of studies have increased our understanding of the many functions of gut bacteria. For example, see:
How Soluble Fiber Promotes Good Gut Bacteria
Gut Bacteria and Auto-Immune Diseases
How Gut Bacteria Affect Weight
Colon Cancer, Gut Bacteria and Diet
Anti-Inflammatory and Pro-Inflammatory Foods
Gut Bacteria to Help Treat and Prevent Cancers

My Recommendations
These recent experiments provide yet another reason for exercising every day: exercise, by itself, encourages the growth of good colon bacteria that reduce inflammation, keep the gut healthy and reduce your chances of suffering a heart attack, stroke, diabetes, certain cancers and autoimmune diseases.

Many of my recent reports explain how your diet influences the balance of good and bad bacteria in your colon, so I continue to recommend a high-plant diet that includes a wide variety of vegetables, fruits, beans, whole grains, nuts and any other edible plant parts. Among their many benefits, plants help to prevent diseases and prolong lives by increasing colonic bacterial production of SCFAs (short chain fatty acids) that reduce inflammation.
Dr. Mirkin is a lifelong runner and cyclist. A graduate of Harvard University and Baylor University College of Medicine, he has written many widely-read sportsmedicine books, and has generously granted us use of excerpts from his outstanding website, DrMirkin.com