PROFILE: Ellen Hart has been running for 39 years


Ellen Hart attended Harvard in the late 1970s, ran her first marathon in 1979, and placed 11th in 2:35:04 in the 1984 U.S. Olympic Marathon Trials.  She continued running for many years, then switched mainly to triathlon. She was also married to the Mayor of Denver, later the U.S. Secretary of Transportation and Secretary of Energy. Her struggles with bulimia and anorexia were depicted in the 1996 made-for-TV movie, "Dying to be Perfect." Now 60, Hart lives in Denver.

Your career/profession? I’ve done various things over the past 4 decades, including being a lawyer, an administrator, a nutrition educator, and a full-time mom for my 3 kids. My children are grown now, but the parenting process is still not over, I’m happy to say.

I spent a period of time training full-time for running.  In triathlon, though not a pro, I've had the good fortune to be able to devote more time to my training than the average age grouper who works full time. I’ve had some un-traditional jobs, such as First Lady of Denver when
I was married to Denver’s mayor, and consultant on a TV movie based on my life, particularly my struggle with eating disorders.

My latest job is as a CASA, a court appointed special advocate, for children in the Boulder County court system who have been abused and neglected. I wasn’t expecting this job to engage so much of my time, nor was I expecting the children to occupy so great a space in my heart.

When did you start running and WHY? I had asthma as a young child, and was sick much of the time while my brothers and sisters were outside running around and playing games. Our family moved from Massachusetts to New Mexico when I was 8, and the asthma disappeared. I could breathe, I could run. And I loved the feeling of running. 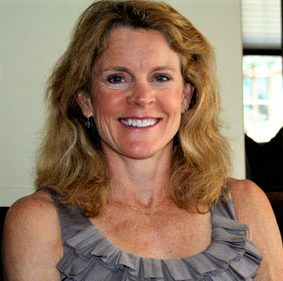 How much did you run in your peak years? I was never a high mileage competitive runner. I seemed to get injured if I went much above 60-70 miles a week. So my coach supplemented my running miles with cycling and swimming, he being somewhat ahead of his time with cross-training. Decades later, that made the transition to triathlon easier.

An estimate of your total lifetime running miles? About 45,000 miles

Top race performances? I was an 8 varsity-letter winner at Harvard. I was good at soccer and basketball because I loved to run up and down the field and court. My first two years of track I ran the hurdles, short distance events, and relays, and did a couple of field events as well.

My junior year, 1979, I decided in January I wanted to run the Boston marathon, and qualify for it, not just jump in. So I ran the Lowell Marathon as my very first marathon, in cotton sweats in the snow in March, and won in 3:11. Boston in April was 3:06. Joanie won, but I didn’t know Joanie at the time, nor anything really about marathoning. The next year, 1980, I focused on the 10,000 meters, and finished fifth at NCAAs, becoming the first Harvard woman to score at nationals. That summer I was third at the Olympic Trials exhibition at Hayward Field--what a thrill!

Over the years I learned about elite running and about marathoning. I had the world’s best time in the 20K at a road race in Nagoya Japan, and an American record in the 30K. I won the Bolder Boulder 10K twice. It was a true honor to run in the first U.S. women's Marathon Trials in Olympia, WA, in 1984 even though I finished 11th--eight places higher than I had hoped.

I had some success as a masters runner in Colorado from 1999-2005, but I was hurt a lot. My boyfriend, now husband, gave me a bike in 2005, and in 2006 I did a couple of triathlons. I just finished my 12th season of triathlon, and have won 18 age-group world championships, including three in Kona, HI. I've succeeded due to my running. At transition 2, as I change into my running shoes, I think: This is where the fun starts. I know how to do this.

What's your typical running and cross-training? At the moment, I'm not doing anything, as I needed a bone graft and tendon repair a month ago. I like to do 3 runs a week--one interval workout, one tempo run, one long run. I swim 3 times a week, for a total of about 10,000 meters, and bike 3 times for about 120 miles.

How have your diet and weight changed through the years, if at all? Yes. From being anorexic and bulimic for 10 years, 1980-1990, to now being healthy. So my approach to food has changed dramatically. My weight has varied from about 115 to about 120, plus or minus 3-4 lbs. But more importantly, my attitude has changed substantially. In those eating disorder days, I wanted to eat the least I could and still be strong enough to train and race. I was fat-phobic, and compulsive and restrictive in my eating. I ate alone most of the time.

As my disease progressed, I was mostly bulimic, rather than anorexic. So I binged and purged frequently. Now, I want to give my body the best fuel I can. I sometimes struggle with food and eating issues, but usually I can actually enjoy food, and eating with friends and family. I've been free from bingeing and purging for 27 of the last 28 years (relapsed during my divorce). It is not something I take for granted, nor stop being vigilant about.

I take some vitamins, but it’s really just an insurance policy. I eat a varied diet, pretty heavy on fruits and veggies, with eggs, fish, lean poultry, nuts and tofu for protein. I’ve also taken an anti-depressant for quite a few years. I don’t want to be on any medications indefinitely, but the times I’ve gone off it, my quality of life has really suffered. That is important to me, not just for my own mental health, but to be the best person I can be for the people around me.

Your philosophy of life, running, and aging? They are all gifts—life, running and aging. They are all things one might take for granted. Running has always been my best friend, in part to deal with some of the difficulties of life. I just had surgery on my foot and ankle because I couldn’t run as it was, and I just couldn’t think about the next 30 years without running. There are no guarantees, but I’m hopeful. I want to have running with me for the rest of my days, however slow I might be and whatever elderly image I might portray, shuffling down the road .

What 3 short tips would you offer younger runners who hope to continue for life?
1--You have a long time to run. Don't be impatient to run long and fast. That often leads to breakdown and injury.
2--Rest. Take appropriate rest for your body to recover. Your body is not indestructible.
3--Thinner is not better. There is an optimum body weight range for each person, and it’s different for each of us

How does running & fitness help you on a daily/weekly basis? It gives me pleasure, a feeling of accomplishment, a time to arrange and sift my thoughts, a release, a sense of strength and confidence, and a kind of happiness I don’t find anywhere else.

What are the biggest lessons (life lessons and running lessons) you have learned from running? I am strong. I can do hard things. I can do things that my mind tells me are unlikely (e.g., a marathon in 2:35; an Ironman marathon in 3:22 at age 50). I can move my body, and that is beautiful.

Running is not always easy or fun, but neither is brushing my teeth. Doing it most of the time is a very good thing.
Running is my best friend.