PROFILE--Vince Chiappetta has been running for 71 years 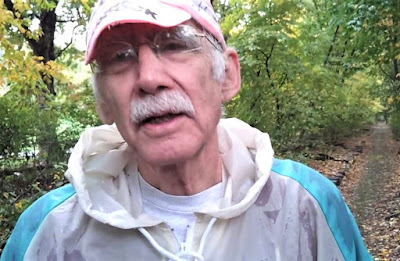 (August 2019) Vincent Chiappetta, a co-founder on New York Road Runners and its fourth president, has been running for 71 years. His running buddies have included Ted Corbitt, Kurt Steiner and Tom Osler. He used to accompany Corbitt on his 30-mile laps around Manhattan. During the NYRR's early days, Chiappetta was the yin to Fred Lebow's yang. During his competitive heyday, he ran a total of 114 marathons--50 of them under 2:40. At 86, he continues to teach biology and anatomy at Yeshiva University. On a recent day at 9:30 p.m., he was still in his office. What keeps him going? He says it’s simple: “Runners are survivors. We know how to keep our minds as well as our bodies moving.”

Your career/profession? I’ve taught at Yeshiva University since 1954. I teach Biology, Ecology, Geology, and pre-med courses. I was also the men’s and women’s track and cross-country coach at Hunter College for 8 years. Co-founding and organizing the first New York City Marathon in 1970 was
a major part of my career as well. We began on a shoe string with Brian Crawford, Fred’s roommate, lending us the money Fred had promised. Fred and I had to corral all sorts of politicians and sponsors to get future NYCMs to continue.  Back in the 60s, runners weren’t encouraged in Central Park; it was primarily for walkers and cyclists. Ted Corbitt worked endless hours behind the scenes as well to get the marathon off as an accurate race. NYCM set the pattern for the marathon distance as a running goal in life. Frank Shorter’s Olympic victory in 1972 clinched it.

When did you start running and why? I started in 1948 while attending James Monroe High School in the Bronx. I played all the sports but didn’t like getting screamed at and yelled at by coaches I didn't respect. So I tried track and loved it, and the coaches. No one yelled at me. At my first meet I won the mile.

There were very few open road runners back then and literally no running knowledge. Ted, Joe Kleinerman, Kurt Steiner, and Gordon McKenzie and I would write letters to coaches in Europe (yes, letters and stamps!) for advice. Emil Zatopek was our go-to guy, as well as the British runners.

Running in peak years? I’d guess 60-90 miles a week. We did long runs on the weekends and speed workouts during the week. The peak of my running career was in the late 60s and 70s, when we all ran Boston, Yonkers and the Cherry Tree Marathon. For shorter distances, we had to travel to New England to find good races. I remember going to a race in Westport CT with the usual crew and met John Kelley and Amby Burfoot there. The talent was amazing. But back then if you didn’t think you could win or place, some didn’t show up. I stopped competing in 1987. My marathon PR was Boston, 2:35:40. Don’t ask me when. Maybe 1970.

I used to work out with New York Athletic Club and run on their team, but when I grew a beard they threw me out. That was in the mid-60s and I told them if they didn’t change their old-fashioned ways they’d lose all the young runners who were growing long hair and beards. I switched to Millrose A.A.. So many of the younger, faster runners grew beards and long hair after college. The clubs had to choose between long hair and no runners. 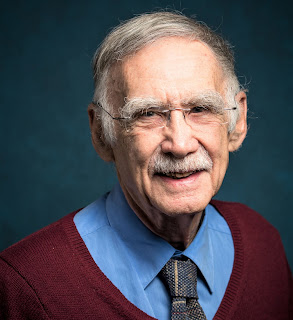 Top races or proudest achievements? I don’t keep track of those things but I do remember one race that stands out in my mind. I was 50 and entered a national 20K in Central Park. A 40-year-old arrogant runner was bragging about how he was going to beat everyone and win. I don’t go for grandstanding, so decided to give it my all and beat him, which I did! He was such a sore loser, he tried to say I cheated.

I’m also proud of being part of the movement to make long distance running a separate sport, moving it out of track and field. I was also an early champion of women’s running. Always felt they should compete at all distances. Aldo Scandurra and I changed the rules in all the amateur rules to include women in all sports. Title IX followed this trend.

Any serious injuries? I’ve never had a running-related injury. I knew what to do and took care of myself. I did have a bad case of pneumonia in 1987 that took me out of running for almost a year and ended my competing. And I suffered a stroke last July, which I am still recovering from.

How much are you running and cross-training now? Due to the stroke, I’m not running much at all, maybe a mile a day. I’m working up to 2 miles with the goal of 3 miles a day and a weekly goal of 25 miles. I cross train almost every day at home on a stationary bike and rowing machine.

How have your diet and weight changed through the years, if at all? Any current supplements? My weight is one pound over my college weight. Vitamins, joint supplements, some post stroke supplements.

Favorite quote: “The family that sweats together, sticks together.” I just made that up during a TV show about running in the 1960s. n NYC13 in the 1960s. Here's a link to the show on YouTube.

Does getting older and slower bother you? Not at all. Why should it? (C’est la vie?) I’m still teaching. People tell me I should retire all the time and I say, why? I live in the present. I threw out all my old records and trophies. I don’t need them as a reminder of my achievements because I am still achieving things. Maybe not in racing but in other ways. I still feel active and relevant.

What 3 short tips would you offer to young/midlife runners who hope to continue running many years into the future?
1) Never quit.
2) Avoid injuries by educating yourself. Know how biomechanics work – know how to take care of you rest time. Ease up when you experience pain.
3) In training, don’t worry about beating your teammates. Save that for the races.

How does running & fitness improve your life on a daily/weekly basis? Running keeps you fit both mentally and physically. The body has to be fit in order to function. At 86 I can keep up with my students. I review my lectures as I run. I go over math problems and compose poetry. Look for my poetry book about NYC if you want. It’s on Amazon: New York as we Know it.

What are the biggest lessons (life lessons and running lessons) you have learned from running? How would you describe your philosophy of life, running, and aging? I look at life as a continuum--a coherent whole characterized as a collection, sequence, or progression of values. That pretty much sums up my life. I never set goals I couldn’t accomplish. I always think you should question what you are told to accept as true and factual. Think of all other people as needing love just we ourselves need it.
Email ThisBlogThis!Share to TwitterShare to FacebookShare to Pinterest
Labels: profile
Newer Post Older Post Home