Rick Lovett has been running for 40 years 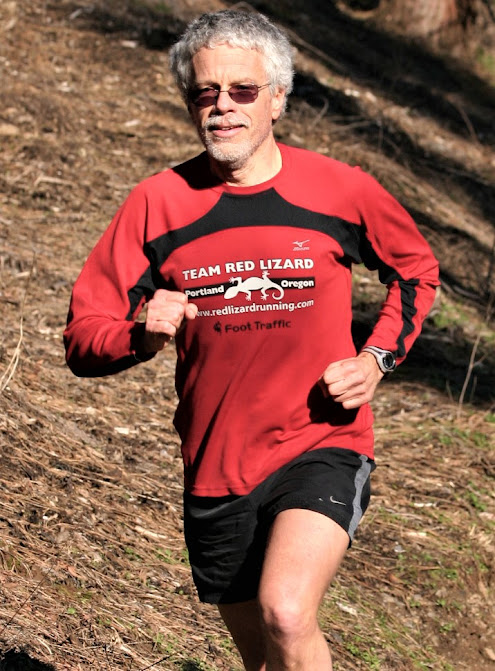 (Sep. 2020) Rick Lovett is one of those all-around talents. He exercises, he writes articles and books, he keeps himself up to date on various scientific fronts ... and, importantly, he coaches. The coaching is really crucial, because severe familial arthritis has put an end to his running days. Instead, he walks. A lot. And up steep hills. Through his many endurance experiences, Lovett, now 67 and living in Portland OR, has learned he's not the "wimp" a certain high school P.E. teacher called him. He has also picked up a deep appreciation for the process. "Enjoy the doing," he tells his runners. "The results are something that simply happen when you do the doing."

Career-profession? I’ve done a number of things, ranging from being a law professor to working with a consulting engineering firm specializing in hazardous waste management, but since 1990, I’ve been a full-time freelance writer. Mostly, I do journalism, these days largely with a science-writing orientation, but I also write science fiction, at which I’ve won a number of awards. I’ve also written books about running, bicycling, and cross-country skiing, and well more than 100 articles about running, coaching, and exercise physiology. Sometime around 2003, I started converting all of this into coaching, starting with running partners, and gradually moving on to become the coach for Portland’s Team Red Lizard club, which I still coach.

When did you start running and why? I took up running for a very simple reason. When I was

in grad school, I was in Seattle for a summer job, and wanted to climb Mt. Rainier, which loomed on the skyline outside my downtown Seattle office window. Someone told me that to get in shape for it, the best thing to do was to run enough to get 100+ aerobic points a week. That was something like 3 x 3 miles a week, so that’s what I did. The moment I achieved my goal, I immediately quit running. (At that time, I was a backpacker/hiker, not a runner).

But a few months later, back in college in Ann Arbor, MI, there came a perfect fall day on which I realized I missed running. I laced up my shoes and went exploring. Twelve miles later, I was really, really tired, but hooked. The following spring, at age 25, I ran my first race, 7.5 miles. My goal was simply not to be last, and to prove to ghost voices from high school PE teachers that I was not a wimp. To my shock, I was not only not last, but somewhere well to the front of the pack, having run the entire 7.5 miles faster than I had ever before run a single mile. That hooked me on racing, mostly because I’d discovered a competitive sport I was actually good at.

How much did you run in your peak years? I maxed out at about 2,100 miles a year. At that time, I lived in Minnesota, and generally switched from running to cross-country skiing (at which I’ve also done some racing, including a 160-kilometer race north of the Arctic Circle, in Greenland). My weekly mileage, in season, was more like 50, with lower mileage as I built back from the winter “off” season, and higher mileage as I peaked for marathons in the fall. 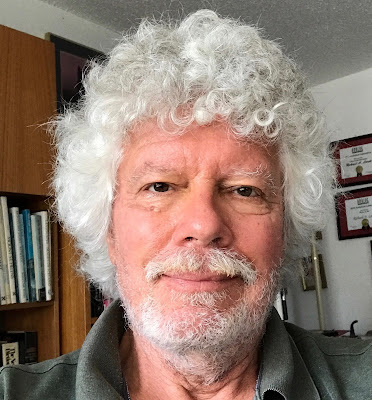 Best performances?x I was never “fast” by most standards. Instead, I was an age-grouper. In my final season in Minnesota, I hit 1:21 for the half, 37:44 for the 10K, 18:06 for the 5K, and 29:25 for 5 miles. I was geared up for another PR year afterward, but I then moved to California, and cut back on running, instead bicycling coast-to-coast and writing a book about it. I later beat most of my shorter-race PRs on an age-graded basis, in my 50s as a master’s runner.

An estimate of your total lifetime mileage? Not huge. Maybe 35,000 miles?

How much are you running and cross-training now? Knee surgery, arthritis (the family bane), and a hip replacement largely took me out of running in 2010. Today, I walk. Probably about 40 miles a week. I should do more strength work, but instead, I power-walk 7 days a week up the steepest hill close to my home, a dormant volcano that takes me about 15 minutes to summit at perhaps 90 percent effort.

Any recent racing? Last year, I competed, if you can use that word, in my club’s “summer series” of races. For me, all were walk/jogs. The goal was simply to be part of the fun. I also participated in a virtual competition to see how much climbing the competitors could log in a week. I came in at around 6,400 feet.

Does it bother you that you are older and slower now? My slowdown came suddenly, when I awoke from surgery and the doctor said, “It’s worse than we thought.” It was a catastrophic loss. Before my surgery, I dealt with aging via the age-graded performance tables, and race results. For years, I was gradually moving up in the age-graded performance tables, and winning more and more medals in races, even as my times were slowing down. That worked really well until arthritis blew a hole in it all.

After that, it was coaching that made the difference. There really is nothing more amazing than having young runners, who are so much better than you ever were, entrusting you with their hopes and dreams. Trying to be worthy of that trust is incredibly inspiring.

Diet and weight changes through the years? Obesity is an issue in my family. During my competitive years, running (especially speed work) was my way of staving it off. When I lost running, I slowly, frustratingly gained weight. In the fall of 2019 I realized I was Vitamin B12 deficient. The morning after I started supplementing, I woke up with more energy than I’d had in a decade—physical, emotional, and mental. I immediately started dieting, and lost 70 pounds in 8 months. I now weigh almost exactly what I did in my youthful PR years…and that’s with 3-5 pounds of titanium in my hip.

I achieved the weight loss by counting calories. The only supplements I normally use are the B12 and vitamin D, the latter because I live in Oregon, where the sun never shines in the winter, and because there is evidence that low vitamin D levels correlate with more severe COVID-19 symptoms if people are unfortunate enough to contract the virus. During the diet, I also took a multivitamin, mostly because my reduced total calorie count made me unsure I was getting everything I needed, even though I ate a lot of vegetables.

What injuries or other health issues have you faced through the years? Dealing with my arthritis--first in the knee, then in the hip--was emotionally devastating. Running had helped me fight off the other family banes: heart disease, diabetes, obesity, but more than that, I just missed it. I still dream, sometimes, of running free and unencumbered. Waking up from such a dream is sad. But... When all of this happened, I latched on hard to coaching. The day of my hip replacement, I was in the hospital, on the cell phone, texting an elite runner about that day’s 5K (at which she PRed). Forget pain meds (I was refusing them); coaching a PR was far better. Coaching helped keep me sane.

1--Enjoy the moment. When you run a PR, celebrate it, don’t worry about how much better you might have been “if only.” You never know when you have had the last PR until much later, so savor each moment and celebrate each achievement when it is fresh.

2. Pay attention to injuries. In my PR years, anytime anything twinged, I took the next day off. The lost training is minimal (and the rest might be beneficial, anyway), and any injury you can nip in the bud that easily is a triumph.

3. Always have backup goals. If your race is falling off pace for the dream goal, what’s the alternative goal? The best runners I know can make this shift without feeling like failures. The dream goal won’t always happen.

How does running and fitness improve your life on a daily/weekly basis? There was a day when it was a major part of my self-image. Now, it’s more about fighting the diseases of old age. My blood pressure (another family bane) is lower than it was when I was in my 20s (admittedly with some meds), my blood sugar is lower than it’s been in decades (and diabetes is a big killer in my family), and my cholesterol is also the lowest I’ve ever seen. Walking all those miles, especially power-walking up that 400-foot hill every day play major roles in this. As a coach, I want to live to see what my runners do in future years, so that type of thing is a big goal.

What life lessons have you learned from running? More than anything else, my early years of running taught me that whatever I’d been told in high school PE classes, I was not a wimp. That there are types of toughness that have nothing to do with football or basketball (for which I was too light and too short). Toughness is a choice. And it has nothing to do with performance.

Running also taught me the value of measuring your abilities by the things that matter to you, not the ones chosen for you by someone else (in my case a long-gone PE teacher who was also a football coach). For me, running became part of the process of exploring myself not just as an intellectual (I have a lot of degrees) but as a physical being. That means that running never defined me.

Ultimately, the lessons I’ve learned have less to do with training than with enjoying the process. When arthritis stole running from me, the things I missed most were (1) track workouts, (2) our club’s weekly 1,000-foot hill climb, on which I knew every step, and (3) racing. All of these involved process, not results. That’s what I try to teach my runners. Enjoy the doing. The results are something that simply happen when you do the doing.