PROFILE: Harry Nolan has been running for more than 50 years 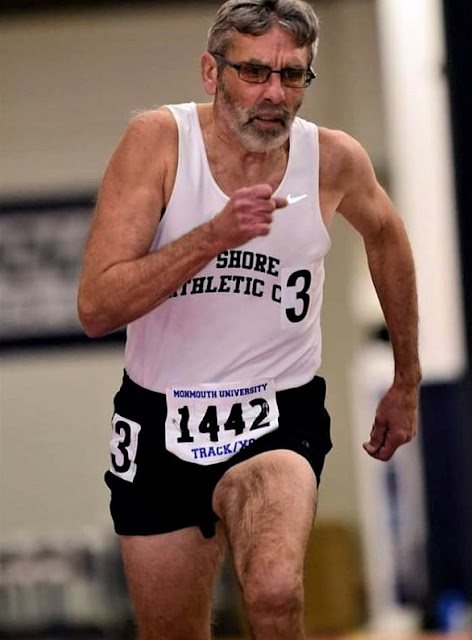 Career/Profession? I have had a somewhat split career, within two different professions. I spent 45 years in higher education as a professor, department chair, and associate dean at five different universities, but most at Georgian Court University, where I was a tenured full professor and department chair for thirty years. My other profession was as an administrator within the recreation, park and tourism industry, where I worked as director with different governmental agencies (overlapping with my university positions) and directing my own tourism based research consulting company.

When did you start running and why? I started running track in my freshmen year of high school, originally as

both a hurdler and pole vaulter. However, while practicing those events, I was taken with the distance runners, conducting their workouts as a group, almost a team within the team. In the fall of my sophomore year, I began to run on the cross county team and never looked back. I was one of the top three runners on the team the next three years, which won a number of championship titles. In my senior year, I won the two mile in our conference indoor championship and was second in the mile outdoors. I received a track scholarship to Kennedy College in Nebraska, where I won the Nebraska College Conference mile and two mile , and was an NAIA cross country All-American all in my senior year. I started training and running the steeplechase during that time, and was a pre-qualifier for the U.S. Olympic Trials.

How much did you run in your peak years, miles/week? In high school and college, we averaged about 40 to 50 miles a week. After college, wanting to qualify for major races and possible Olympic Trials, I increased it to an average of 70 miles a week. Beginning in the mid-1970s, I got on a ten year marathon kick, averaging one marathon a year, but I have always felt my best events were the middle distance, 8 to 10k. After a few good marathons under 2:30, from 1983 to 1986, I gradually increased my mileage up to 90 miles a week, eventually running a marathon best of 2:22. In 1987, I turned 40, and shifted my emphasis back to the middle distance after my last marathon in 1986.

I was inducted into the USATF Masters Hall of Fame In 2017. At 59 years old, I could still run the mile under five minutes, and at 71 could break six minutes. As a master, I have been lucky enough to win a number of national championships in both track, cross county and road races, while also medaling in a variety of world championships. 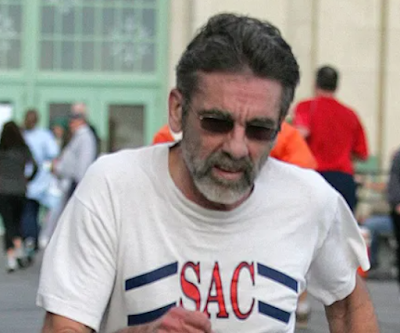 Total lifetime miles: Having run non-stop for almost 60 years, 7 days a week with less than a dozen missed days, I believe that I have come close to 145,000 miles of running.

How much are you running and cross training now? At 73, I still try to average between 55 and 60 miles per week. For major races, I scale back to mid-40 range. This includes five days of distance training and two days of track work, anything between 200s and 1200s depending upon the season and race distance. I have always stretched, something my high school coach was very big on, and I have continued it through the years. I do a very little amount of formal strength, but having a small farm, I am always constructing new buildings and moving heavy objects around.

Does it bother you that you are slower now? As I have gotten older, I have expected to get slower with each passing year, and up until the past year, was able see slight reductions in my racing times, but in line with other national class runners in my age group. However, over the past year, my times have begun to truly drop, and I am trying to determine why this is happening. I don't mind getting slower, but I don't like being less competitive against my masters competitors.

How have your diet and weight changed over the years My weight has only changed about 8 pounds from my college years (130 to 138), which is not due to lack of training, but I understand that as you age you do tend to put on a few pounds. I do take a variety of vitamins, like C, D, fish oil, and a multi-vitamin. I have always had a good diet, not to any extreme mostly thanks to my health conscious wife of almost fifty years.

What injuries or other health problems have you faced through the years? My only real health issue came in summer of 2019 when I was found to have three blocked arteries, and had to have a triple bypass. I walked-jogged for four weeks, and was racing two months later.

A favorite inspirational quote? While I have a few, my favorite is "Every day above ground is a good day." Like everyone else, I have both good and bad days, but as long as I am here and able to do what I like to do, they all end up as good days.

1--Stay consistent. You can always find an hour a day for yourself and a run.

2--Keep everything fun. Try to see the excitement or challenge of the activity.

3--Listen to your body, an old saying, but very true. Athletes, especially runners I believe have a step up on other people as we know when things are going south, and that we need to readjust in order to prevent major problems down the road.

Does running and fitness improve your life on a daily/weekly basis? Absolutely. Not only does running provide me with more energy to do other things, but also more strength and mental clarity. It also keeps you looking younger. That's my story, and I'm sticking to it. It also saved my life, because if had not been to see my doctor about why my race times had taken a nose dive, I would have never found out about the blocked arteries.

What are the biggest lessons you have learned from running? First and foremost, that life is not a dress rehearsal. You get one shot at it, so do the most and best that you can. Albert Einstein once said that you should learn as if you are going to live for ever and act is if you were going to die tomorrow. I knew by my senior year In high school that I would be running and racing for the rest of my life. I actually picked a career which would allow me the flexibility to train and travel for races. Running has provided me with the skills to stay consistent in my activities, accept failures, be humble in successes, be a good team player, be flexible, and get as much out of life by not wasting time on non-important issues.