PROFILE: Nancy Ditz has been running for 42 years, including one Olympic team 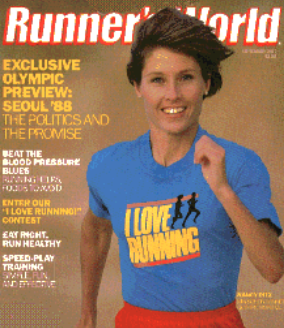 (July 2021) Nancy Ditz is one of those rare runners who can say that she won her first marathon. In her case, it was the 1982 San Francisco Marathon, where she clocked a strong 2:44:34. Three years later, she ran 2:31:36 at Cal International, and in 1988 she qualified for the U.S. Olympic Team in the marathon, finishing 17th in Seoul, South Korea. After 22 years away from running, Ditz started up again in 2014 to enjoy running with her daughter, Emily. Since then, she has tried to stay non-competitive by entering various trail and adventure events, but often can't help but win her age-group. Now 67 and living in Woodside, CA, Ditz often advises others to "Take off your watch, and enjoy the beauty of your surroundings. Be grateful in all circumstances."
Career-profession? I’ve had several careers: print journalist Assistant to the Director of the Stanford Alumni Association; professional runner; television journalist; meet director for numerous events at Stanford (volunteer); president of a 45-member youth soccer club (volunteer); many other volunteer roles.

When did you start running and why? I was “pre-Title IX” but loved all sorts of sports; I was a springboard diver in high school, coxswain for the men’s crew and men’s basketball manager at Stanford. After college, some friends were putting on a neighborhood race with a free pitcher of beer at the finish line. I ran for the free pitcher of beer, and found I enjoyed distance running and started entering local races. I realized I really liked both the training and the racing.

Peak running years and miles? The 1980s were a time when people were experimenting with less mileage, but I found 100 miles a week to be a sweet spot. I probably could have run more as I only had one major injury (stress fracture from running Bay to Breakers a week after the women’s Olympic marathon trials in 1984). But at the time, 100 per week was deemed pretty aggressive.

Top performances: Certainly making the Olympic Team in 1988 and finishing as top American in Seoul was a highlight, although it was a very disappointing race for me (17th place). I finished 7th in the 1987 World Championships (first American), and won 3 Sydney City to Surfs and 2 LA Marathons, as well as two team IAAF bronze medals in the 15K. Most of the time I ran for place, rather than time, and tried to enjoy the successes.

I retired in 1992 because…I just wasn’t loving it anymore, although I was very fit and had several PRs that year. I was pregnant with our second child, and just stopped running. I didn't start again until 2014 when that same child asked me to run the Boston Marathon with her, which we did in 2016.

Current running and cross-training? When I started back, I experienced a lot of injuries, but also realized how much I missed it! So I’m running 20-40 miles a week and training with Bill Clark and the West Valley Track Club. Currently I am injury-free, but I spend a lot of time stretching, strengthening, and using various aids (hyper volt, assorted rollers) to try to stay healthy. I’ve also recently taken up golf, which has its own training challenges, and it is sometimes difficult to train for both with consistency. I see my PT every three weeks because there’s always something that is not quite right.

Any current race results? I love to race trail races; I’ve run several of the national park half-marathons (VacationRaces.com) with my daughter and we are all about the experience; we stop for photos and snacks! On a lark, when I turned 65, and without much specific training, I ran a 3:08.46 for 800m.

Does it bother you that you are slower now? I train with younger and much faster people. I adapt the workouts (if they are running 1K, I’ll run 800m) so I can still “race” them. And, as I mentioned, I like the trail races because the times are not at all comparable to running on the roads. I am not nearly as competitive as in my younger days, but I do still like to win (my age group). I also ran cross country for the first time, representing WVTC, which was really fun. My husband inspires me; he is a paragon of consistency. I’m not nearly as disciplined.

Diet and/or weight changes? Hahaha. I am 15 pounds heavier than my younger self. I take quite a few vitamins (multi-, D, calcium). My diet is similar to my younger days, but I eat a bit less, since I’m not running 100 miles a week! 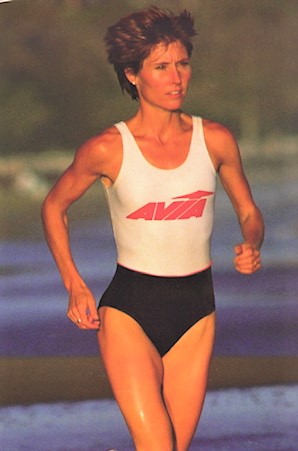 Injuries or health issues? When I returned to running after my 22-year hiatus, I suffered injury after injury, the worst being torn meniscus in both knees (one just after the first one healed). I found a great PT who has helped me strengthen my core and hips, which resolved my knee problems but requires consistent attention. I broke my foot (non-running injury requiring surgery) early in the Covid lockdown, which was tough because I couldn’t run or play golf. I ended up with a sore shoulder from trying to work out on crutches.

2--Take off your watch and enjoy the beauty of your surroundings.

3. Be grateful for the opportunity to run

(Note: Bill Clark and I often talk about the down side of the watch technology. “Back in the day” we had a simple stopwatch and we estimated our distance based on time. Some of my running friends today are discouraged if they have a “bad/slow” run. I encourage people to just run freely and ignore the data.)

How does running & fitness affect your daily life? I love my running people. During my early days, most of my running was solo. Now I belong to two different groups, Tattersols women’s group and West Valley Track Club. Most, but not all, are younger than I am, and I love to hear about their lives, and am so grateful for the new friendships. I feel healthy and can enjoy other sports (skiing, golf) because I’m quite fit for someone my age!

What have you learned through running? Any guiding philosophy? Lessons: Achievement requires steady effort and attention to the details. I learn more from failure than success. Philosophy: Be grateful in all circumstances.