PROFILE: Kevin Boyle has been running for 53 years 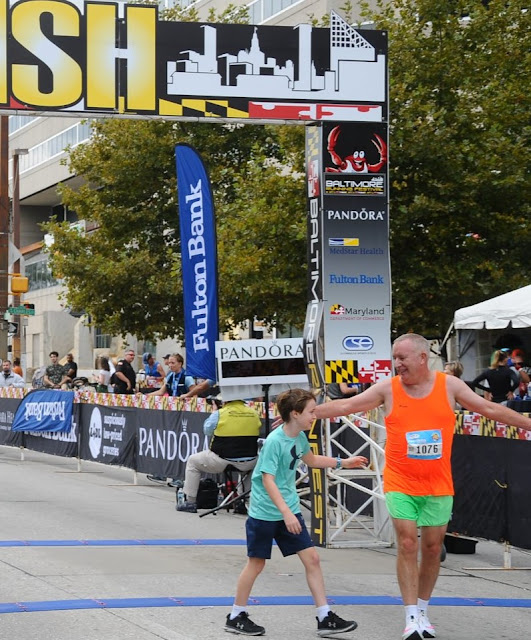 (Jul. 2022) Kevin Boyle has hung out a fair amount with Gerry Lindgren and Matt Centrowitz, sr. That's not a bad resume for any runner. Boyle, now 58, says he has been running since first grade. He achieved a marathon best of 2:37 in 1990, and has finished a marathon in six straight decades. For some reason, he has done much running beside rivers. This makes him think: "Life is always flowing like a river; not always straight and not always calm. But always flowing, and you must flow with life, coping with and adjusting to the changes, the rough waters, and the twists and turns thrown at you."
Career-profession?  My career has been very interesting and varied. I attended law school at night at St Johns University in New York City. During the day I was a high school gym teach and track coach on Long Island. I served in this job for five years. I then entered active duty in the Army as a Judge Advocate (attorney). I spent 26 years on active duty retiring in 2015 as a Colonel. Upon my retirement I returned to teaching and coaching, this time at American University in Washington DC. At American University I teamed up with my college coach from St Johns Matt Centrowitz who was coaching at American University. I currently teach law in the Justice Law and Criminology Department at American University.

When did you start running and why? I began running in 1 st grade running the 40-yard dash in CYO meets (Catholic Youth Organization). Ever since 1 st grade I was active in CYO swimming and track, because in my large family (10 children) and also in my neighborhood children played a variety of sports throughout the year. As I began high school I focused on track and swimming and then in college focused solely on running. I ran my first road race in 1978 in our town’s 4 th of July 5 miler. I ran my first marathon in 1979 at age 15.

How much did you run in your peak years? In my peak years I ran 100 miles per week. As I got older I started to focus more on time, and would try to average about one hour per day of running.

Proudest achievements? I am most proud of being the Captain of the All- Army Track Team. The All Army Track Team is not the collegiate West Point Team but rather the team made up of active duty Soldiers that competes for the Army in various meets and also competes against the Navy, Air Force and Marines. I am also proud of the fact that I have been able to complete one marathon in six straight decades.

How much are you running and cross-training now? These days I try to run 8-10 hours per week. In addition to running, I also swim throughout the year.

Does it bother you that you are slower now than when younger? When I was stationed in Hawaii in the 1990s I used to run with Gerry Lindgren. He used to always say, “I have the mind of an 18 year old and the body of a 48 year old”. I can agree with that sentiment. I have to balance emotions with facts. I have to say to myself that I am much older and that my times for my age are appropriate for runners my age. Also when I run for an hour in the woods, I have no idea of how far I have run, and in my mind I feel like I am running just as fast along the trails as I did 40 years ago. Runners who can continue to run year after year inspire me. To me being, on your feet for 4-5 hours in your 60s and 70s is very impressive.

Any diet and weight changes? My weight has gradually gone up over the years. Fortunately I do not need to take any medications. However I do take multi-vitamins. 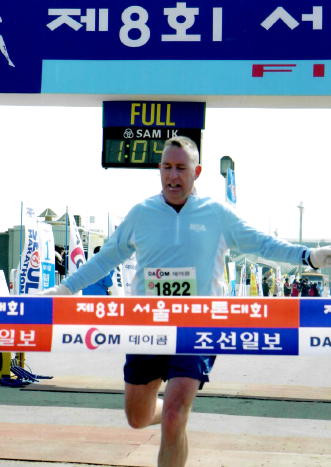 What injuries or other health issues have you faced? Believe it or not I have never had a running injury in my life (aside from a trip over a rock that required staples). I have been able to avoid injury by backing off whenever I feel an issue coming on. Ever since I was in my teens I realized a few days off of running to allow a minor injury to heal is better than “running through” an injury which could develop into a large problem.

3 tips for those who want to become lifetime runners? Matt Centrowitz once told me we have a duty to pass on our knowledge to the next generation. I agree.

1--My first tip is take care of your physical health. Eat properly and rest. If you feel an injury coming on back off.

2--My second tip is no one race defines a career. A lifetime is a long time. One bad race at age 20 will be forgotten by the time you are 30. Don’t dwell on bad races or workouts. This will cause an endless cycle of self-doubt, which will kill your desire to continue running. A bad race should be forgotten about by the time you get in your car to drive home from the race.

3--My final tip is adjust your goals as you age.

How does running and fitness improve your life on a daily/weekly basis? Over the years running has helped in two regards. Being physically fit is a huge help in the Army, as parts of the job require exertion over long hours. Running has also helped reduce stress associated with my job. At one time I had three clients I represented on death row. Running allowed me to reduce the stress that comes from such cases.

What are the biggest lessons you have learned from running? A week or so before the Baltimore Marathon, I thought back over my past 50 years of running. At the time, as I was running along the Potomac River at River Bend Park in Virginia, I realized that I have run along a lot of rivers in my life. The Missouri River when I lived in Kansas City, the Rhine River when I lived in Germany, and the Han River when I lived in Seoul. And I thought life is always flowing like a river; not always straight and not always calm. But always flowing, and you must flow with life, coping with and adjusting to the changes, the rough waters, and the twists and turns thrown at you. And it is the people along the way who help you navigate this river. Running is not about the actual races; rather it’s about the great people you meet along the way.