PROFILE: Hal Higdon has been running for 70 years

Higdon, 87, contributed to Runner's World magazine's second issue in 1966, and was an RW senior writer for decades thereafter. He has completed more than 30 books, many not about running. His The Crime of the Century (about the Leopold & Loeb case) is his best seller. And who can forget The Horse That Played Center Field, which became an animated film (see photo below)? One of the first running experts to launch a website, Higdon has also produced dozens of popular and highly-successful training programs at halhigdon.com and trainingpeaks.com

Career: After graduating from Carleton College, I worked several years as a freelance artist then (after two years in the Army) realized I was a better writer than artist and switched to a career as a freelance magazine and book writer, but not on running subjects because nobody cared about runners back in the 1960’s.

When did you start running and WHY? I went out for track the spring of my sophomore year in high school mainly to win a letter and impress
my girlfriend. I was good enough to place 5th in the mile at our conference championships, but after switching schools, I never took running seriously. I didn’t break 5:00 for the mile until the end of my freshman year in college.

How much did you run in your peak years? Most of my post-collegiate career, I probably averaged 70 miles a week. On a few occasions, training for the Olympics or the masters championships), I got my mileage up to 100 miles a week.

Your top performances-achievements: Fifth in the 3000 meter steeplechase at the 1960 Olympic Trials. I also had two other top-10 finishes in the 10,000. First American (5th place) at the 1964 Boston Marathon with my PR time of 2:21:55. Four gold medals in the steeplechase and marathon at the World Masters Championships. My American M40 record of 9:18.6 set in 1975 is the oldest masters record (43 years) on the books.
[Please check out this page to learn two ways you can subscribe--free!--to updates from LifetimeRunning.net. It's the best way to make sure you never miss anything. Thanks.]

Current running and cross-training: Not much running, although I did a 5K walk with my wife Rose at the 2018 Gate River Run. I ride my bike to various coffee shops both in Indiana and Florida, 3-5 days a week. I work out in a gym 2-3 days a week. I swim and water-run in an outdoor pool in Florida during the winter. Credit me with an hour a day training of various sorts.

Recent races? I no longer race, but I participate in 2-3 fitness runs a year, usually limiting myself to 5K. I figure I no longer have anything to prove with fast times. I work out more for fitness and enjoyment.

Current training routine: Bike for half an hour. Hit the gym and lift for 15 minutes. Head to the pool and swim water-run for 15 minutes. Finish with the steam room and whirlpool.

Average "easy day" training pace in your prime, and now? Comfortable pace for me probably was 6:00 miles, or somewhat slower. That fast a time may freak some people out, but consider that I averaged 5:00 miles for 10,000 on the track or 5:30 for the marathon.

Does it bother you that you are slower now? I am only slower if I look at my watch. No, it does not bother me. The fact that I am slow forces me to bike to various coffee shops where I can hang out and chat with friends and particularly with my wife. It is like we rediscovered our love for each other.

What kind of diet have you followed through the years, and has it changed much? Married to an Italian-American woman, I get pasta at least once a week. Having been raised Catholic, I eat fish at least once a week. My favorite breakfast is a granola-like cereal with various fruits—raspberries, blueberries, strawberries, bananas—piled on top. Add skim milk. On several occasions when tested in scientific labs where I was asked to fill out a food diary, I came within a few points for what I consider the Golden Standard: 55% carbs; 30% fats; 15% protein. I see many (or at least some) runners who follow various low-carb diets thinking it makes them stronger at the end, and I feel they are kidding (if not killing) themselves.

Do you attempt to maintain the weight of your younger years? I’m not sure it is either useful or practical to try to maintain my youthful weight. (See above.) If we force ourselves into restricted diets, what fun is there in life?

Do your currently take any vitamins, minerals, or supplements that you believe contribute to your running and fitness? No, I am anti-supplement, but I do take a daily 81 mg aspirin (to avoid strokes) and simvastatin (lower cholesterol; mine is 150) on the advice of my doctor.

Injuries or health issues? I have had few injuries, but none serious enough for surgery. Plantar fasciitis on a couple of instances. Achilles tendinitis the same. Some pulled muscles immediately after an interval track work. Contributing to my lack of serious injuries is what might be called a biometrically sound body. Plus I’ve gotten pretty smart over the years as to why people injure themselves.

Cross training, including strength training? I won a set of barbells while placing third at a National AAU 30K Championships in York, PA, and I have been lifting ever since. At least until we fled to Florida in the winter, I used to cross-country ski, and won medas in some races. That plus the biking and swimming and strength training already described.

Stretching? As a competitive track athlete, I used what was then called “calisthenics” as part of my warm-up routine. Consider that my main event was the steeplechase, meaning I needed to go over a 3-foot barrier 80 meters after the gun sounded. You don’t do that unless you prepare like a high hurdler. I continue to do at least some stretching, most often between lifts in the gym. I don’t believe in stretches seen in the books. I stretch intuitively, like a cat. Cats don’t learn how to stretch by reading a book on the subject. They just do it.

Why do you keep running? Most simply stated, it’s an important part of my lifestyle. But also for health benefits. I’m nearly two decades past the point when my father (who never exercised) died of a heart attack.

Do you consider yourself a social runner or a mostly solitary runner? A solitary runner, who occasionally runs socially. I liked to meet friends on the weekend to go running in the Indiana Dunes State Park. (Wish I could still do that.)

What is your philosophy of life, running, and aging? I don’t have a philosophy. I skipped that course in college, taking instead a course in Music Appreciation. (Favorite Symphony: Mahler’s 1st).

What principles do you follow to maintain your lifetime fitness habit? Is it too much of a cliché to say, “Have Fun?” If so, I won’t say it.

What are the biggest lessons you have learned from running? Seek endurance; it will take you a long way. When advising other runners, I suggest the single most important word is "consistency."

What do you know now about running/fitness that you didn’t know way back when? I know how to train, and I pass that information on to others. When I came along in the 1950’s, I knew nothing about how to train, but neither did any other runners. In college, I would stop training between cross-country and indoor track and stop again between track and cross-country. Nobody told me to train 12 months a year. When I competed in the NCAA track & field championships my junior year, missing by 4 seconds qualifying for the Olympic Trials, I hung around with some of the runners from San Diego State (including Tom Sturak). They told me to never stop training. I had the talent; I just didn’t have the knowledge. If when I first went out for track as a sophomore in high school, I knew as much about training as I do now, I am convinced Zatopek would have placed 2nd in the marathon in 1952. 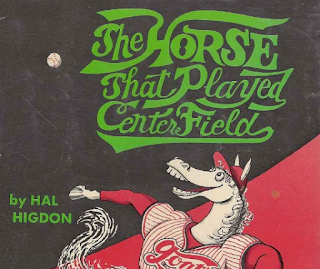 How do you maintain your motivation and optimism? I have been able to age gracefully. I look and feel younger than I am—and so does Rose because she follows a similar lifestyle. (
We have too many friends the same age as us who are in wheelchairs.)

Who or what inspires you to continue running and maintaining your fitness? I no longer look to anyone else for inspiration. I hope that by my words and deeds, I can inspire others.