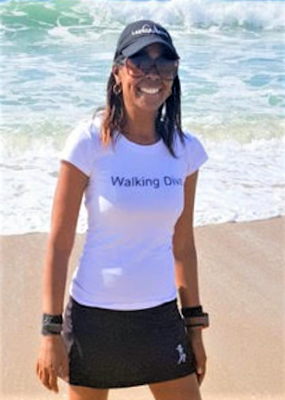 (Nov. 2019) We usually don’t profile non-runners but Yolanda Holder, 61, is an exception that we think you'll understand. In 2010, she established a  Guinness record for most marathons in a calendar year, power walking a total of 106 marathons/ultras. (She finishes her marathons in less than five and a half hours.) In 2012, she broke her own record with 120. To date she’s power walked over 540 marathons and ultras.

Holder is also known as the Walking Diva, and maintains a blog at YolandaHolder.com. She lives in Corona, CA, with her husband of 36 years, Rogelio.

When did you start your power walking ways? I started power walking 20 years ago at the
1998 Portland Marathon. I chose Portland because they were and still are walker friendly. I began walking after my parents died from complications related to diabetes. I walk to honor them and to raise health and fitness awareness.

How much did you power walk per week in your peak years? In my peak years of walking I averaged 70 miles a week, and if I’m training for a marathon, over 100 miles a week. At age 50, I decided to enter 50 marathons in 50 weeks, and completed two, or sometimes three, marathons per week. 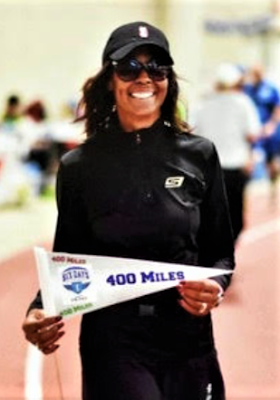 What were some of your better/memorable races?  All my marathons were fun and memorable. It’s all about the finisher’s medal – I have over 600 of them.  But I would have to say that my proudest  achievements (besides raising two great kids ) is when I became a World Champion Pedestrian, a finisher of the longest certified footrace in the world, the Sri Chinmoy Self Transcendence 3100 Mile Race (2017). Also: 2019 US Centurion #94; American Woman 10 Day Record holder (622 Miles, 2014); American & World Record Age Group Six Day Race (413 Miles, 2019).

How did you train differently in your younger years?  I didn’t train in my younger years, however I did walk every day. Being at the back of the pack it was just about finishing under 6 hours. Now that I compete as a power walker/race walker I know how to train. I follow a training program and it depends on what race I’m training for.

Has your diet changed through the years?  Yes, I learned over the years that fueling your body is extremely important. I’ve competed in two bikini fitness competitions and learned about nutrition that I use in my power walking/race walking. 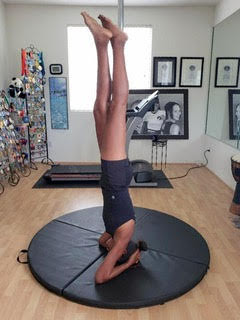 Cross Training? Yes, I cross train by lifting weights and using the machines at the gym.  I also do a daily headstand and plank.

How important is social running to you? I love meeting new people and most of my good friends I met while walking marathons.

Obstacles along the way? I have never had any injuries, just your normal sore muscles and a blister or two until last year at the Sri Chinmoy Self Transcendence 3100 Mile Race. I was taken out of the race on day 22 for severe blisters that were infected. I’ve also completed marathons on sprained ankles and broken ribs. I always try to accomplish what I set out to do.

A favorite quote? “I Walk, you Run, we Both get it Done.”

Has running helped you with the aging process? Yes, very much.  I truly believe walking daily helps the aging process. I look 20 years younger than many my age. Walking daily also helps control all diseases. Drinking water, moving your body daily, changing your diet, and a positive attitude helps with aging.

What three tips would you give a younger runner who wants to be a lifetime runner?
1--Make running/walking a daily habit.
2--Every year take your running/walking to the next level.
3--Smile.