PROFILE--Lee Pollock has been running for 53 years 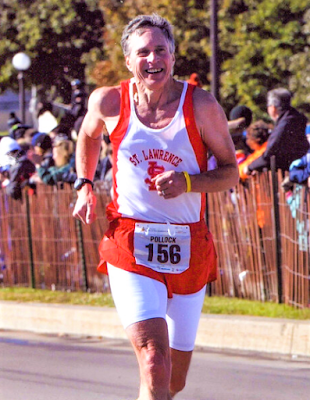 (Nov. 2019) Lee Pollock ran a 2:32 marathon in 1978, and a 2:57 in 2010. That makes him a member of the short list of runners with five decades of sub-3 marathon running. The college steeplechase star has spent most of his life in upstate New York, but he was also a Peace Corps volunteer in Nepal, where he and his family have recently helped to build a three-story school in a remote community.

Career/profession? After college, I did 2 1/2 years as a Peace Corps volunteer teaching math/science in Nepal (Asia).  Then lived in Boulder, CO doing various jobs that
allowed me to train. From '80 until last year --when I retired-- worked as an insurance agent primarily selling commercial insurance in upstate New York.  My specialty was municipalities like towns and counties.

When did you start running and why? Nov '66 ran as part of training for wrestling practice in High School.  The running went better than the wrestling and in Spring'70 joined track team as a miler.


Current running and cross-training? Currently injured with arthritis in one knee due to Lyme disease.  Was training 4 days running, 2 days biking.  That is now reversed 4 days biking and 2 days running per week.  Do core work and limited stretching.  XC ski in winter 1-3 days per week depending on snow.

Does it bother you that you are slower now? No, I am lucky that (relatively) I've competed at a high level my whole life.  I say, I'm a freak of nature...

How do you maintain motivation? First off, I recognize that I'm lucky.  I've made many friends in and out of running.  Inspiration is all around if you look for it. It does make me feel good when a younger athlete says, they hope they are still competing as well when they are my age.  I continue to surprise myself, winning age group and occasionally an overall podium finish.

Diet or weight changes? Supplements? I've never dieted much.  In the middle years when I was raising a family and working lots of hours, my weight went up 25 lbs.  College was 149 lbs, Top of training '77-79 138, Now 155.  Later in life, I believe in taking most carbs in the early part of day and going light on dinner.  Just started (3 mos) taking tumeric and Omega 3 for the Lyme recovery. Jury is not in yet.

Injuries or health issues? Many injuries over the years that slowed me but never stopped me.  Best example is I pulled a hamstring jumping over a 8 inch log while running which took 4-5 years to fully heal.  Two years ago while cycling, I severely broke my back in a bike crash, as soon as I was able, I start core work and that appears to be fully recovered.  In the crash I did loose 10% of my chest size (2 inches) due to the compress vertebrae. I preach patients but not always best at following. 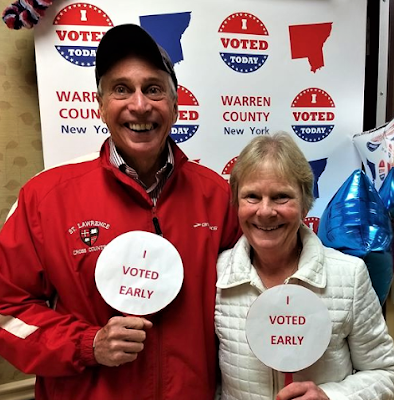 Favorite quote? Discretion is the better part of valor. Your greatest strength may also be your greatest weakness.

Three tips for hopeful lifetime runners?
1--Don't forget to enjoy running.
2--Don't feel guilty about ending a workout early if it's going well. Conversely, if a workout is a disaster, end it early, and reload another day.
3--Little problems can become big problems if you don't pay attention to them. Also if you have problems, they will generally be made worse by racing.
4--You have to work on your craft especially bio-mechanics.  I like the Lydiard system of one month of transition workouts (mostly hill bounding) between base building and speed work.

How does running & fitness improve your life on a daily/weekly basis? For me it gave me the stamina to see thru long work days.  Also it gave me the confidence that hard work will bring good results.

What are the biggest lessons you have learned from running? Do what you are passionate about and try to be the best at something. It is only important to you what that something is.  When I started running, it was an outside-the-box activity. I got lucky that it became mainstream.

Another lesson. Surround yourself with positive people in all you do. Runners are generally positive people, so they create a great base for being positive.
Email ThisBlogThis!Share to TwitterShare to FacebookShare to Pinterest
Newer Post Older Post Home