PROFILE--Bill Mallon has been running and cycling for 50 years

(Nov. 2020) Lifetime runners come in many shapes and sizes, and have many talents outside their 5K PR. Here's one, for example, who played on the professional golf tour, went to medical school, and ranks as perhaps the leading historian-statistician of the Olympic Games. (See Olympedia.org). Bill Mallon, 68, also loves nothing more than a hard workout--the kind that leave you dripping with sweat, chest heaving. He gets them primarily on the bike these days, in New Hampshire and Hilton Head, but also runs several times a week, as he has since high school. He's a motivational quote collector, too. An example, from Roger Bannister: "Remember that athletes need disappointments to succeed."

Career-profession? I’ve had several. I was a professional golfer, playing on the PGA Tour from 1975-79. Then went to Duke Medical School and became an orthopedic surgeon, specializing in shoulder surgery. I stopped practicing in 2014 but have been the editor of Journal of Shoulder and Elbow Surgery since 2009 and continue to do that. I also have had a hobby of writing about the Olympics

and track and field that has almost become a second full-time job. I've written 27 books on Olympics and sports, and lead our website, www.olympedia.org.

When did you start running and why? As a junior golfer in Massachusetts I was pretty good, but everybody said I would never make it as a pro golfer because I wasn’t a long enough hitter. So in high school I got ahold of Gary Player’s workout program and started lifting weights and also running for more endurance also. My first sport had actually been cycling when I was in junior high, because my father had been a national caliber cyclist.

How much did you run in your peak years? I was never a big runner like some of the people submitting here. My max mileage was probably 40 miles/ week. Most of the time, I ran about 20 miles/week on 5-6 days/week.

Top races or proudest achievements? Again, I was never really a competitive runner. I ran some road races in the late 1970s and early 80s. My goal was always to try to run 6-minute pace for 10K, but I never quite made it. I missed by about 20 seconds, so I averaged about 6:03 for my best 10K.

My favorite running memory is actually a workout I did in medical school when I was about 30. I ran on the Duke track and did 10x400 all in about 70 seconds, with the last one in 63 secs. In between, I walked 100 meters and ran up the steps of the football stadium before jogging back to begin the next 400. I remember it was a beautiful fall day, about 70 degrees. At the end, I sat shirtless on the track, with the sweat pouring off me, and it just felt so good. 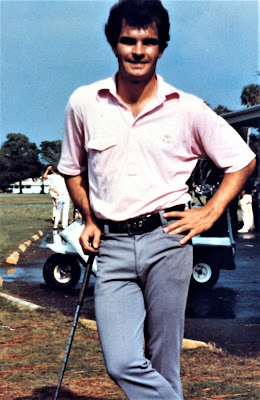 How much are you running and cross-training now? I'm still very active at 68, but I’ve gone back mostly to cycling now. In the summers in New Hampshire, I typically ride 4-5 days/week, at about 20-35 miles most days, with an occasional foray up to 40-50 miles. I run 2 days a week, the most my Achilles tendons will allow. Winters, I go the gym more, run on the treadmill, and lift probably 6 days/week. I also stretch most days.

Does running slower with age bother you? Yes, I hate running the way I run now. In fact, I prefer to do intervals, which make me feel like somewhat of a runner still, though I know I’m only fooling myself. I like to go to a track and do intervals when the tracks aren't locked up. I don’t accept the limitations of being 68 years old very well.

Diet or weight changes? My diet has not changed. I’ve never had a great diet but I do OK. Don’t drink, never smoked, or did any drugs of any sort. Never even had a cup of coffee. When I played pro golf, I weighed about 180 at about 5-11 and carried had very little fat at that weight. I got measured at Ken Cooper’s Aerobics Center in Dallas while I was playing pro golf so I know what I was back then. Now I weigh about 190 which I wish I could get down.

Injuries or health issues through the years? How have you dealt with these? I’ve had two issues over the years, fortunately both now resolved. I had migraine headaches for about 10 years (1984-94), during my orthopedic residency and first few years of practice. Turned out I had a chronic sinus infection behind my left eye, and a great ENT physician diagnosed it and drained it surgically, and I haven’t had a headache of any consequence since the day of that surgery.

In 2018 while at the PyeongChang Winter Olympics, I had a small stroke, which became apparent while being interviewed for CNN and couldn’t speak during an answer. I could not figure how I could have a stroke as I was very healthy, but it turned out I had a congenital heart defect called a patent foramen ovale – the same thing the NE Patriots football player Teddy Bruschi had. After it was diagnosed the PFO was closed by a cardiologist at Duke, and I’ve been fine since. Fortunately, no sequelae of the stroke.

A favorite quote or two? “Finish every day and be done with it. You have done what you could. Some blunders and absurdities no doubt crept in; forget them as soon as you can. Tomorrow is a new day; begin it well and serenely and with too high a spirit to be cumbered with your old nonsense. This day is all that is good and fair. It is far too dear with its hopes and invitations to waste a moment on the yesterday.” – Ralph Waldo Emerson

“The quality of any man’s life, regardless of his chosen field or endeavour, is in direct proportion to his commitment to excellence.” – Vince Lombardi

“To give anything less than your best is to sacrifice the gift.” – Steve Prefontaine

“Remember that athletes need disappointments to succeed. It is those who have come back who eventually have the best level of success.” – Roger Bannister

"Thrust against pain. Pain is the purifier. Walk towards suffering. Love suffering. Embrace it.” – Percy Cerutty Tips for other lifetime exercisers? Just get out and exercise every day is probably the best advice I can give anyone. Motion is life, life is motion. Stay active, and you’ll never regret it.

How does running and fitness improve your life on a daily basis? I do more cycling than anything else these days, but it keeps me healthy, it’s a quiet time to reflect, and I never feel any better than at the end of a long workout, sweat dripping off me, breathing hard, and realizing how good life can be.

Biggest life lessons from running? Just keep at it. Run thru the line, and keep trying. These are the lessons I learned from sports in general. Several people told me I would never get into medical school, but they didn’t realize I’d learned from sports (and running would fit here) that there’s a lot you can accomplish if you keep trying and keep working.