PROFILE--Ronald Johnson has been running for 57 years 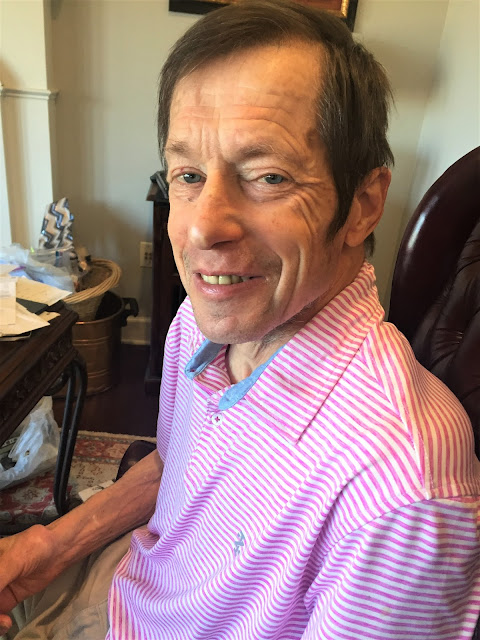 (Feb. 2021) Ronald Johnson began running at age 14 in 1963, graduated from St. Olaf college, and achieved a lifetime marathon best of 2:31:07. Now retired and 71, he lives in Searcy, Arkansas, where he continues his devotion to running and high-level fitness despite hamstring and foot issues. "I always end my run feeling excellent," he says.

Career-profession? I have had several occupations, but I retired in June of 2019. I was an actuary and a financial analyst. However, my primary occupation was as a mathematical statistician for the Bureau of Labor Statistics in Washington D.C. I worked on the Consumer Price Index.

When did you start running? I began running seriously as a high school freshman at age 14 in 1963 when I joined the cross-country team. I did this because I had been one of the best runners in junior high school at long distances. I didn’t especially enjoy running at the time, but I certainly wanted to be good at some sport.

Peak running? At my peak in my senior year in college and during the following summer, I was probably running

Total lifetime miles? Hard to estimate. I did little running for about three years, as I took up bicycle racing. During those years away from running, I won the Florida state 25-mile time trial championship, but I got tired of crashes, so I returned to running. I also have had a history of injuries from either running or weightlifting. Conservatively, I'd say that I have averaged six miles per day for 54 years, which would give me approximately 118,000 miles.

Current running? I now run about three miles every morning (a little longer on Saturdays), which is made more difficult because I live in a very hilly area. I also do 500 jumps to maintain some spring in my legs. During the afternoon, I ride a stationary bike for about 18 minutes with another 400 jumps and about 12 minutes of weightlifting. I do a fair amount of stretching prior to my morning run and some more afterwards.

Any recent races? Not since 2011 when I tore my left hamstring. It has never healed despite some expensive medical procedures. Consequently, I drag my left leg when I run, and my runs are probably at a 9-minute per mile pace or a bit faster. It bothers me a little bit that I am slower, but I feel like I am running well considering that I have a bad leg. I am just thankful to God that I can still run, because so many people my age no longer can, including my twin brother Roger, who has bad knees.

What keeps you motivated? I maintain motivation because I still enjoy running and having the confidence that I can still do it adequately. My twin brother inspires me, because, although he can’t run anymore, he continues to work out hard twice every day.

Diet or weight changes? My diet hasn’t changed much over the years. I have tried to eat healthy food ever since junior high school, emphasizing vegetables, fruits, and whole grains, with as little sugar and refined grains as possible. My weight now is about 135 pounds, and I am between 5’11” and 6 feet. I weighed about the same in college. I take some iron, vitamin C, and a few supplements each day.

Injury or health issues? During high school, I had knee problems fairly often. After college, I had several foot surgeries that were done very poorly and left me with such terrible feet that an x-ray technologist, viewing my foot x-rays, remarked “You mean you run on those things.” Having such bad feet has led to many foot injuries over the subsequent years, including stress fractures. To deal with them, I have cross trained while recovering, usually bicycling, but sometimes swimming. Healthwise, I had a case of atrial fibrillation about seven years ago, but it was cured by an ablation procedure. Other than that, I have not been sick since January of 1980, when I had a few chills.

A favorite quote? The following quote by Brutus Hamilton inspires me. “It is one of the strange ironies of this strange life that those who work the hardest, who subject themselves to the strictest discipline, who give up certain pleasurable things in order to achieve a goal, are the happiest men. When you see 20 or 30 men line up for a distance race in some meet, don't pity them, don't feel sorry for them. Better envy them instead.”

1--Take good care of your feet.

2--Establish running as a habit.

3--Thank God that He gives you the ability to run.

When I get up in the morning, I typically feel quite sluggish. I gradually feel better as I get warmed up and then feel very good after running for a while, so that I always end my run feeling excellent.

Lessons learned from running? I have learned to be disciplined. I have also learned to be consistent, both in my workouts and in my pace. I have learned that physical training is of some value (in my opinion, much value,) but godliness has value for all things (I Timothy 4:8). My philosophy of life, running, and aging is that my body is a temple of the Holy Spirit, so I should keep it in excellent shape. By doing so, I hope to live to the ripe old age of 105,