PROFILE--Eve Pell has been running for 40+ years 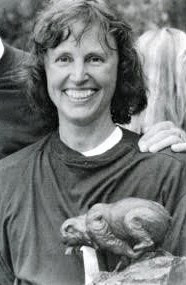 (9-18) Eve Pell, 81, has won gold medals in international senior track and field competitions, including the recent World Masters Games in Malaga, Spain. There she finished first in the W80 cross-country event. Closer to home, Pell has won the storied, grueling (and age-sex handicapped) Dipsea trail race, crossing the finish line first in 1989 when she was 52.

Pell is also an acclaimed author and journalist. She reported for three award-winning PBS documentaries and was published in The Nation, Ms., and Runners’ World.  She is the author of,  "Love, Again - The Wisdom of Unexpected Romance, and the nationally acclaimed "We Used To Own The Bronx,” a memoir of growing up an east coast debutante in a family of wealth and privilege and escaping that world to pursue and report on social activism. It was a finalist for “Best Books 2010” award.

Pell lives in Mill Valley, CA, where she runs with the Tamalpa Runners.

Why did you start running? I was raised on Long Island, New York, in a family that valued athletics more than academics. We had horses, and I was taken out of school for a few weeks in the fall so I could join my mother and stepfather when they went to Maryland for foxhunting. I rode from the age of 2 or 3, competed in horse shows, and grew up learning how
to try hard and be determined at things.  After college, I married and moved to San Francisco, where I had no access to horses. So, as I think of it now, I took up running and became the horse.

I ran my first race around 1976 with my then husband and three sons—it was a 10K.To my great surprise, I finished second in the over-40 age group, and that was a great motivator. A while later, I joined the Tamalpa Runners group, got turned on to running mountain trails and competing in races. I’ve been at it ever since.

I have been a writer and reporter, briefly a private eye, and a teacher. I worked for the Center for Investigative Reporting for several years and have written three books. I had three sons, one of whom died, and a couple of very fine grandchildren.

Did you have an early inspiration or person who motivated you? Joan Benoit Samuelson. I admired how brave she was when she won the first women’s’ Olympic Marathon. Running into the stadium in Los Angeles with her white cap waving and look of determination stuck with me.
How much did you run per week in your peak years? Now? About 40-45 miles then, about 20 now. I’ve gotten slow.

How did you train differently in your younger years? More miles, regular track workouts. serious coaching, and joining the Impala Racing Team for several years. They are very serious about their racing.

How do you train now? Do you attend coached workouts? Sporadically. I run with friends, and don’t attend coached workouts though I get advice from coaches. There aren’t many competitive racers in their 80s like me.  I recently signed up with Jeff Galloway for training advice. I’m old and creaky now and need some good advice for senior runners and I find Jeff to be the best. He’s patient and caring.

Has your diet changed through the years? I lived on a farm where we raised our own vegetables, chickens, eggs, pigs, sheep and cattle. All organic—and I sometimes think that diet has stood me in good stead over the years.

How important is social running to you? If you were/are a competitive runner, can you adapt to the slower times and enjoy a social run?  I am mostly a social runner now and enjoy it a lot. My times are all slower now that I am old. I enjoy running with my Tamalpa group and don’t train with the Impalas any more.  I still enjoy racing and the competition but most of my peers aren’t racing any longer. 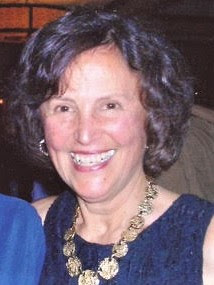 Obstacles along the way:  Injuries. I’ve had back, knee and hip injuries but am very lucky to have great physical therapists like Dennis Murphy who put me back together. I take my recovery very seriously. Most recently I am dealing with hip trouble but Jeff Galloway and Dennis are keeping me at bay. I also have good genes. My father played tennis into his 80s.

A favorite quote:
“If you come to a fork in the road, take it.” Yogi Berra
“This above all else: to thine own self be true.” Shakespeare

Running-training philosophy: It’s way better to have fresh legs than to over-train.

What is it like to win at Dipsea? The Dipsea, a 7+ mile cross-country run over treacherous, steep, scenic trails, is handicapped, with the oldest, slowest runners getting a head start. I’ve been running it since 1980, more than 35 times, so I know every step, and twist and turn on the course. It is incredibly challenging and dangerous and at the same time spectacularly beautiful. When I ran it in 2015, I went out in the first group. The faster runners who start after me catch up and pass, squeezing by on the narrow paths. Another unusual aspect of the Dipsea is this: at a few places along the way, you come to a split in the route—you can choose a steep, tricky descent or you can go a slower, easier and longer way. I had a head-to-head duel with a fellow runner, Roger, who is my age and an old friend. A sure-footed downhill runner, he took the short cuts while I, who have become cautious in my old age, went the longer, safer way. So he got ahead of me after each short cut, and then I overtook him—this happened three times, until we both reached the last quarter mile together. I thought about offering to finish in a tie, hand in hand—but I couldn’t stifle my competitive self. So I put in a surge and beat him.

Dipsea Memorial: When Eve’s husband Sam died in 2013, she had a fountain installed on the course at the top of Cardiac Hill.  Sam was a runner and did the Dipsea many times. They were married at the spot where the fountain is.

How has running helped you with the aging process? It’s kept me fit, kept me connected with other people, and kept me out in a world that I love. I have been quite lucky that my body still works pretty well, and that I have all my original parts. I have outlasted many running partners.

What are the biggest lessons (life lessons and running lessons) you have learned from running? That I can do things I set out to do, with work and focus; that I enjoy hard physical exercise and pushing myself to do better; and, how much fun it is to run with friends and train together.  I also believe that as we age we develop more patience and aren’t as quick to be annoyed with somebody. You kind of have more tolerance, and understand the value of humor more than anything.

What do you know now about running/fitness that you didn’t know way back when? That I can do it, for one thing, and enjoy the process. Also that it is important to do other things besides running, as we can be very boring.

Interesting Facts about Eve: In 2013 she wrote an article for the "ModernLove" column of the New York Times. It was picked up as a podcast on NPR and narrated by Mary Chapin Carpenter. It was recently been optioned by Amazon to be made into a film.