PROFILE--Suzanne Ray has been running for 49 years 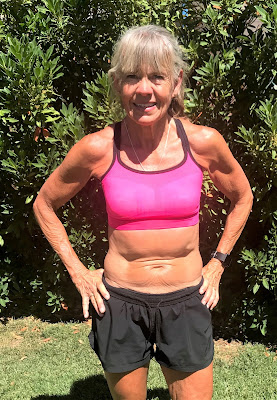 (4-2019) Although Suzanne Ray has been running since she was 17, she set most of her PRs after turning 40, including qualifying for the Olympic Marathon Trials, twice, in 1992 and 1996.  In March, the 66-year old from Oregon set her second age-group national record, cruising through the Oregon Road Runners Club 30K in St. Paul, Oregon, in 2:22.48, breaking the previous record by five minutes.

Career-profession? I’ve been a language arts teacher and cross-country coach for almost 40 years. I began coaching when my daughters reached middle school and I realized that there were no XC or track teams at their school in Anchorage, Alaska, where I was teaching. I started the first teams there with five boys and a few girls and developed it into a championship team that was featured in Runners’ World. My coaching philosophy remains the same: I want to develop life-long athletes who feel joy when they run. I use the “less is more” idea to keep kids from burning out mentally and physically.

When did you start running and why? Officially, 1970 but I began running in the early days before Title IX. I grew up in Alaska at a time when few girls were involved in organized sports, but I enjoyed biking, walking, skating, and downhill and cross-country skiing. In college (1970) I was required to take a swimming class. I felt so good after working out each morning in swim class that I decided to take tennis, dance, sailing, and finally “jogging.” For some reason, the jogging instructor sent me to run with the guys. After that class I mixed biking, swimming, and running for several years before deciding that running was my favorite. At my first race, a 7 miler in Tacoma when I was 20, I wore Keds and cut-off jeans. For my first marathon, in Anchorage, Alaska, when I was 24, I read that a person could run twice as far as his or her regular daily mileage, so I ran 13 miles each day and ran a 3:30.

How much did you run in your peak years? I have run 82 miles a week for over 40 years, with 90-100 during marathon training, and I still do that. I didn’t really train well until my late 30s when a local track coach, Larry Whitmore, helped me set up a training program that brought me to my lifetime PRs when I was 39 and 40. 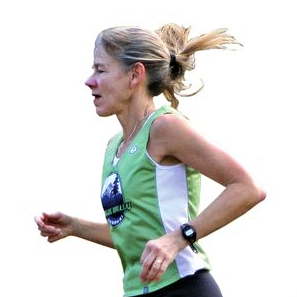 Top race performances and/or proudest achievements? Winning the Bangkok Marathon when I was 41 was amazing. The organizers were looking for a solid 2:40 marathoner to pull along the Asian women who had not run an Olympic qualifier at that time, and since I ran low 2:40s they asked me to come. It was definitely a radical change to go from Alaska in the winter to Bangkok. Placing in the masters at Peachtree in 1993-5 was special since I had heard so much about the largest race in the US. Running in the Olympic marathon trials in 1992 was an honor that had me crying with gratitude to be there. Racing over the years and through the age groups has been the source of so many wonderful memories.

How much are you running now? Strength work? Stretching? I have made few changes through the years, except, of course, slowing down. I used to do two speed workouts and a long run each week, but I can’t recover as quickly now, so I do one speed workout and combine the long run with the second speed workout. I do a lot of walking and stationary biking as I grade essays or read. I do 20-30 minutes of core and 30 minutes of upper body lifting 2-3 times a week.

TRAINING PHILOSOPHY: Since I have no natural speed, consistency and miles are my friends. I love running long, but I know I have to face shorter repeats every few weeks to work on my weakness. I have coached myself for most of my running years, and I know that variety is necessary, but radical changes in training are not. I change my training slightly several times a year, but I always include long speed and short speed (or short work and tempo runs) each week unless hill repeats take the place of the short speed.

Has your diet changed through the years?  I have always loved vegetables and fruit, have eaten some chicken and fish but no beef or pork, and maintained a weakness for chocolate, low fat ice cream, and quality baked goods. It has been said of me that there is not a good bakery that I don’t know about.

How important is social running to you? Can you adapt to the slower times? Social running is vitally important to me. I run with friends at least half of my miles each week, and most of my best friends are runners. So few people have the chance to talk with their friends for hours at a time while accomplishing something else. Slowing down can be embarrassing, so I am very thankful for age-group and age-graded running. Each day can require a gratitude check, one in which I thank God that I can still enjoy running with so many wonderful people even if I can’t run a 400 at the speed with which I used to run marathons.

Obstacles along the way: I have been lucky to have few injuries. Obstacles would include spending so many of my competitive years in Alaska where weather and getting to major races was a challenge. Teaching and coaching can be energy sapping as well.

Has running helped you with the aging process? Definitely! The positives of running as we age are innumerable and include things like relationships and community-building; self- concept maintenance in a culture that does not value age; the maintenance of a body that can participate in all the wonderful activities of life, mental and physical health, weight control, a sense of accomplishment...the list goes on.

What three tips would you give a younger runner who wants to be a lifetime runner?
1--Focus on daily joy.
2--Think long-term.
3--Value competition without basing your value on your competitive success or failure.

What are the biggest lessons you have learned from running? Discipline always pays off. Patience is necessary for long-term progress. Talent is less important than the desire to improve. That which you work for the hardest means the most when you achieve it. I am also happy to have maintained a true joy in running for so many years. Of course there are days when I don’t want to get out of bed at 5AM to run in the rain (or ice and snow or the treadmill in Alaska), but I have never been truly burned out or wanted a break. I am also thankful that I have had the opportunity to share my joy with so many student-athletes over my coaching years.
Email ThisBlogThis!Share to TwitterShare to FacebookShare to Pinterest
Labels: profile
Newer Post Older Post Home