PROFILE--Bill Rodgers has been running for 57 years, with a few wins and many friends along the way 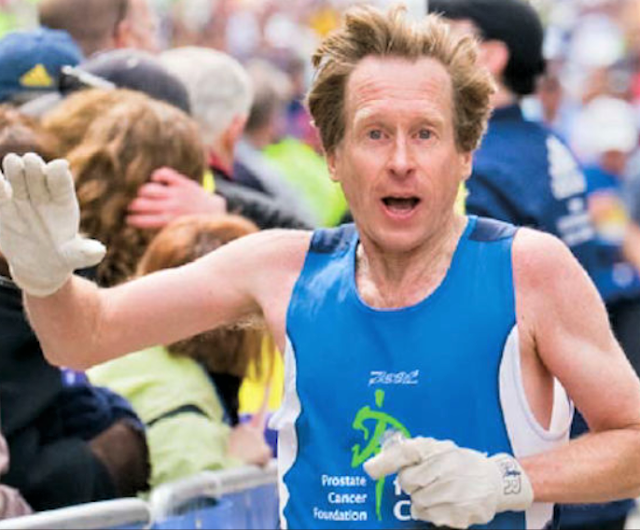 (Mar., 2021) Bill Rodgers is known around the globe for his many road race and marathon wins during the first running boom of the late 1970s and early 1980s, and frequent appearances even when he didn't win. Just as important: His affable personality won him many fans throughout his career. He has a wide-eyed charm  and friendliness that made some competitors think him "spacey." They usually finished behind Rodgers in races, where he displayed a razor-sharp focus and determination. He likes to quote himself: "If you want to win a race, you have to go a little berserk." At 73, "Boston Billy" does much of his running with his partner, Karen, and looks forward to entering races again later in the year. He retains both is deep passion for running, and his kid-like appreciation for it. He'll chat with anyone at any race about any topic. He's one of the sport's ultimate champions, on all levels.
Career/Profession? Professional runner, motivational speaker. Prior to that I got my MA in special education at Boston College and taught for three years in the Boston School system.

When did you start running and why? I guess you could say I started running as a kid with my brother and

friends  throughout our neighborhood in Newington CT. We were very active kids, always getting into something.

My brother, Charlie, and our best friend Jason and I ran track and cross-country in the fall of 1963 when I was a sophomore. The school had just started the teams. Prior to that I played baseball and hockey. I guess I showed early talent. I ran the mile in 4:28:8, won the 1965 Connecticut state cross country title and finished sixth in the New England Cross Country Championships.  My name was called out on the morning PA system along with the football players. That was cool.

I continued to run at Wesleyan College where my roommate and teammate was Amby Burfoot and another teammate was Jeff Galloway. They took running a lot more serious than I did. After college I admit to smoking a bit and riding around on my motorcycle wondering what to do with my life. I went back to school and got an M.S. in special education at Boston College. 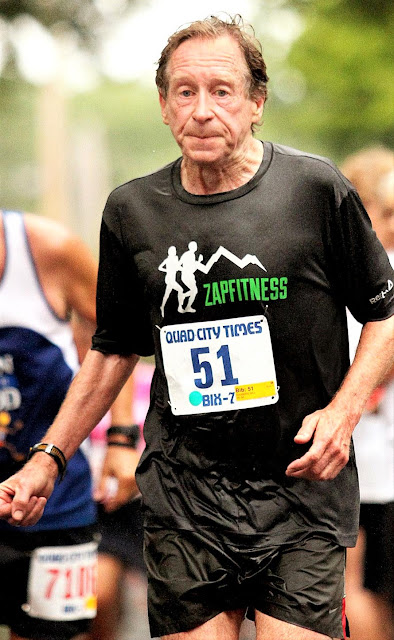 What were some of your better/memorable races? Well, I would be remiss if I didn’t say my four marathon wins at Boston and New York. The Fukuoka Marathon in Japan will always hold a special place for me. When I won that in 1977, I was the only runner (at the time) to ever win all three major marathons. I also love the Falmouth Road Race, The Gasparilla 15K in FL, gosh there are so many races that I love.

Proudest Achievements? Making the Olympic team in 1976 and running for my country in Montreal ranks high in moments I am most proud of. My first Boston win in 1975 is also a historic moment for me after two other attempts.  And getting Bronze at the 1975 IAAF World Cross- Country meet was a great feat.

I am also proud of what I contributed to the sport during the years we changed the rules and got payment and prize money for runners.  We brought running – and the marathon - to the forefront and established it as a legitimate sport with the US able to compete on the international scene.

Did you have an early inspiration or person who motivated you? My high school coach taught me to love running and also to respect it.  Billy Mills, Bob Schull, Bikila, Ron Clark, Pre, my coach Billy Squires, all the great champions who inspired me.

How much did you run per week in your peak years? Now? I still have all my running logs so this is easy. During my peak years I was running 100-130 miles a week.  My highest week was 201 miles in 1977. Back then there were no limits. We were all exploring how much we could push ourselves. The international runners were doing more than us so if we wanted to beat them we had to train harder.  Now, at 73, I’m doing 30 miles a week, a high of 40. I sill love to race and compete and have missed it during this pandemic.

Cross Training? In high school I ran on the grass for cross training and did calisthenics, mostly 10-15 pound hand weights for curls, 50 sit-ups, etc. I’ve never done anything too scientific about cross training. I wish I had taken more recovery time though. I pushed myself hard.

How important is social running to you? If you were/are a competitive runner, can you adapt to the slower times? First, I was lucky to get into the sport early and run fast times. I had support and great coaches. But now, I know I can’t run as fast so I just enjoy the sport and going to races and meeting other runners. Our running community is so welcoming.  Sometimes when I show up for a race I hear the young guns who are in their 20s saying, “I’m going to beat Rodgers.” Hell, they should beat me! If they didn’t, they’d have a problem, not me. 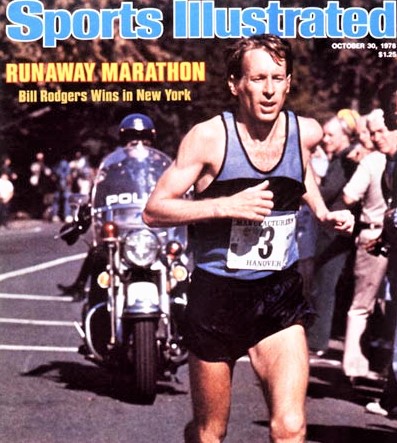 Obstacles along the way? Injuries? We all get them. I’ve been lucky that I haven’t had major injuries but it just gets tougher to stay out there as I get older. My prostate cancer in 2008 was the biggest battle I had to fight. Thank God the surgery was successful and I ran Boston in 2009 after a long hiatus.

A favorite quote: “If you want to win a race, you have to go a little berserk.”--Me

1-- Try different sports before you decide on one. What is your best ability? Are you a better sprinter or miler or is distance your thing? Find what you love.

3--Take your time. Don’t rush this sport. If you nurture it and take care of yourself, you will enjoy a lifetime of running.

Running philosophy? What I love about our sport is how we all help and inspire each other. When we stick together we all do well together. It’s a very special sport.

Has running helped you with the aging process? I really don’t mind getting older because I have my running life and that will always be with me. We all have good days and bad ones but when I can get in a run, everything turns into a good day. I get in a good mood and stay there all day. And I think that at 73, I’m still relevant because I get out and socialize with runners of all ages. It’s a great and welcoming community. We are the cools kids!

What are the biggest lessons you have learned from running? Running is a gift, the ultimate well of health. Treasure it and it will give you a lifetime of joy.